Posted in Uncategorized | Comments Off on Notice of Public Hearing

Posted in Uncategorized | Comments Off on Notice of Public Hearing 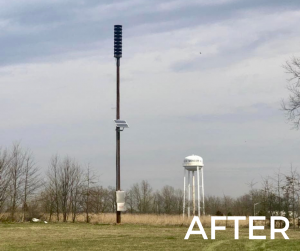 According to Mayor Flannigan, these updated sirens have been in the works for more than three years. The funding includes 80% from a State Emergency Management Agency (SEMA) grant and the City budgeted for the remaining 20%. 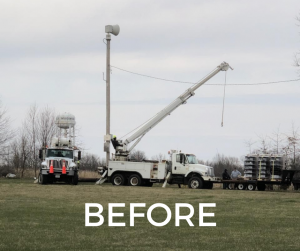 Posted in Uncategorized | Comments Off on New emergency sirens 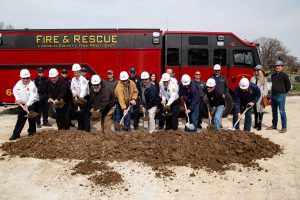 The City of Moscow Mills joined Lincoln County Fire Protection District #1 for a groundbreaking of the future firehouse located on Highway C. The new firehouse is a result of voters approving a bond issue in November 2020.
Posted in Uncategorized | Comments Off on LCFPD #1 breaks ground in City

The City of Moscow Mills would like to inform the citizens of the community that the City has worked with the Missouri Attorney General’s office to reach an agreement regarding the lawsuit filed by the Attorney General in November of 2021. The agreement can be found on Missouri Case.net.

While the City vehemently denies the allegations made in the lawsuit, the Board of Aldermen felt a quick resolution to the lawsuit was in the best interests of the citizens of Moscow Mills.  Mayor Patrick Flannigan states, “The City conducted a thorough investigation of the allegations made, and I and the Board of Aldermen, are moving forward with 100% confidence in the Chief of Police and his commitment to following the laws of the State of Missouri.”  Missouri State Law restricts the revenue that a municipality can generate from minor traffic fines and court costs.   This amount is limited to 20% of the City’s general revenue.  In 2021, the amount the City of Moscow Mills generated was 3.5%.

As part of the agreement, the City agreed to eliminate the position of Traffic Control Officer.  That position was vacant before the lawsuit was filed.  The City also agreed to conduct a 90-minute training for City officials and review its policies to ensure that all officials are aware of the provisions of Missouri statutes regarding ticket quotas.  The Missouri Attorney General will follow up with the City in one year in order to make sure the City has complied with the agreement.

Cindy Davenport, Attorney for the City of Moscow Mills, states, “I have been the City Attorney for 16 years. I am acutely aware of the requirements of Senate Bill 5, and while I strongly disagree with many of its provisions, I have worked diligently to make sure that the City has complied with the law since the day it was passed.  The lawsuit had no merit.  However, the terms requested by the Attorney General will be implemented by the City, as agreed, and we will move forward.”

Chief Terry Foster has been the Chief of Police for over 14 years and will remain so with the full faith and confidence of the City of Moscow Mills.  Because there are ongoing legal issues regarding other police personnel, Ms. Davenport has instructed Chief Foster to withhold public comment until those legal issues are resolved.  However, the Chief and the City are eager to share the facts of those issues as soon as they are legally able.

On April 5th, voters in the City of Moscow Mills will have a ballot question pertaining to a Use Tax. The purpose of the proposal is to assess the same tax rate on out-of-state purchases as local purchases. Below are some frequently asked questions.

What is a local Use Tax?

I already pay sales tax. Is this the same thing?

How can a Use Tax benefit my community?

As internet purchases increase, local revenues decrease. Funds generated from the Use Tax can be used for vital municipal services including public safety, additional sidewalks and parks, and emergency equipment.

What is the rate of the Use Tax?

Posted in Uncategorized | Comments Off on Know the Facts: April 5th Use Tax

Spence steps down; Gormley steps up 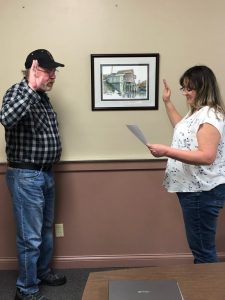 On Monday, February 14th, Tom Gormley was sworn in as Ward I Alderman. Gormley replaces Mark Spence who resigned from his position due to health issues. Gormley’s email address is as follows: [email protected]
Posted in Uncategorized | Comments Off on Spence steps down; Gormley steps up 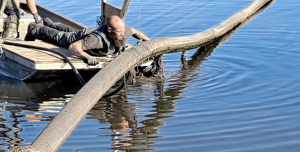 This crew is cutting rags, and other flushed items, from the aerators at the City sewer plant. Removing the fibrous materials that cannot break down after being flushed is time-consuming and labor-intensive.

On this day, more than 100 rags were removed from the lagoon. These items, such as feminine hygiene products, rags, towels, cleaning wipes, can damage sewer pumping equipment and impede pumping operations and create unnecessary maintenance expenses that can eventually impact customer rates and bills.

Your assistance is needed to stop the practice of flushing items that cannot break down to keep our system free of rags.

Posted in Uncategorized | Comments Off on Damaging materials at sewer plant 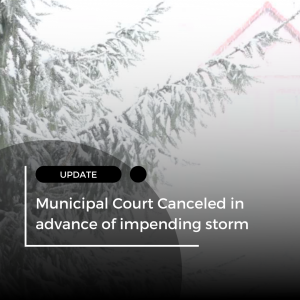 In the abundance of caution, the City of Moscow Mills will cancel court on Wednesday, February 1st, 2022.
All cases will be continued to Wednesday, April 6, 2022.
Hawk Point Municipal Court – 5:00 p.m.
Moscow Mills Municipal Court – 5:30 p.m.
Thank you in advance for your patience and understanding.
Posted in Uncategorized | Comments Off on February 2nd, 2022 Court Canceled

Please select the link below to view the City’s semi-annual financial statement for the period of July-December 2021.

Posted in Uncategorized | Comments Off on Semi-annual Financial Statement