The City of Moscow Mills is now offering a bank draft program for utility payments.  The program is available to customers choosing to have their monthly water, sewer, trash bill automatically deducted from their bank account.

Please click the below link for more information about signing up for the program.

To continue celebrating the Bicentennial of Moscow Mills, the City, and Moscow Mills Lions Club will host an Easter Egg Hunt on April 3rd. The egg hunt is hosted at City Hall and begins at 10 am. Join us in this celebration! 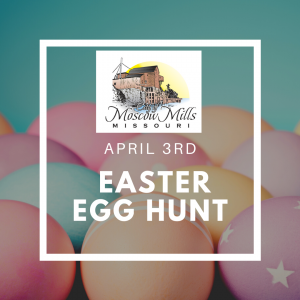 Posted in Uncategorized | Comments Off on The “hunt” is on 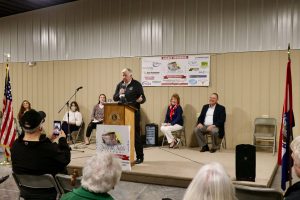 Governor Mike Parson visited Moscow Mills, Missouri to celebrate the Founder’s Day celebration and flag ceremony hosted at the Lions Club Community Building. In 2021, the Bicentennial Committee has a number of events planned to celebrate the city’s birthday.  Moscow Mills was founded 200 years ago and was named for the Capitol of Russia. The name Mills was added in 1878 because, at the time, there was another Moscow, Missouri near Kansas City.

Trash delayed due to weather 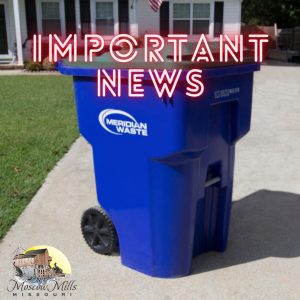 WEDNESDAY, FEBRUARY 16th:
Due to the extreme weather conditions, Meridan Waste will not be able to pick up trash until Friday. Recycling will not be picked up until next week.
Thank you in advance for your patience.
Posted in Uncategorized | Comments Off on Trash delayed due to weather 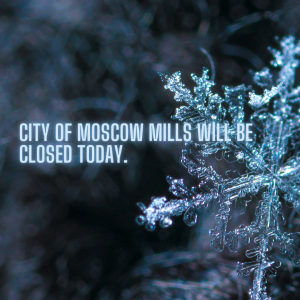 Posted in Uncategorized | Comments Off on Closed on Tuesday, February 16

The City of Moscow Mills is currently accepting bids until March 2, 2021 at 4:00 p.m. for Biosolid Removal.  Please click on the below link for more information.

Posted in Uncategorized | Comments Off on Accepting Bids-Biosolid Removal 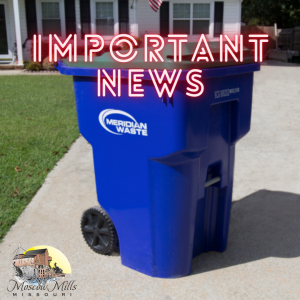 Due to road & weather conditions, Meridian Waste Services is postponing services. The City’s normally scheduled Wednesday pick up will now be on Thursday, February 11th, 2021. 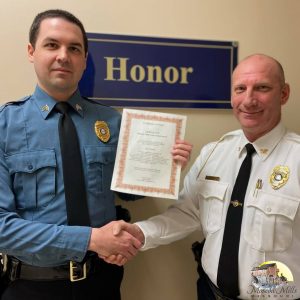 Chief Foster and the Board of Aldermen recognized Officer Graham and approved his promotion to Sergeant.

For more than seven years, Officer Jason Graham has served the City of Moscow Mills. At the January Board meeting, he was recognized for his dedication and promoted to Sergeant. He will now be in charge of all nightshift patrol officers in addition to his other duties such as records and evidence.

Sgt. Graham has a Bachelor’s degree in Computer Information Systems from Lindenwood, is a Crisis Intervention Coordinator, and a certified Counter-Terrorism Officer through the State of Missouri Homeland Security. Graham has also never missed a day of work.

Posted in Uncategorized | Comments Off on Financial Statement

The City of Moscow Mills would like to ensure all city residents are familiar with the process of shut-off for city utilities. Please read the Utilities Note 12-2020 from Mayor Flannigan.